More Africans can follow their favorite movie and sports stars on Instagram, thanks to a lighter version of the app introduced this month.

The image in their announcement features a woman with a hoe on her back and a man donning a hat. Both are staring into a smartphone screen, apparently pleased by what they see.

The app has now been launched in Sub Saharan Africa today. Peter Shin, the engineering manager for Instagram Lite, said, “Connectivity in the region can be unstable, slow and expensive, making it challenging for people to have a high-quality Instagram experience.

“Many people were already familiar with the concept of a Lite app after the successful roll-out of Facebook Lite some years ago. We started testing the new version of Instagram Lite when people across the continent started asking for a Lite app for Android.

“The feedback was very positive and we are excited to launch it across the continent today.”

A drizzle of memes about dieting puns and doubts around Mark Zuckerberg’s intentions greeted the app’s launch last week. But like Facebook Lite before it, Instagram Lite might be onto something with its target audience.

How does it work?

Instagram Lite is only available on Android. It is 2MB in memory size, which is 15 times lighter than the 30MB Instagram app.

This lightness does a few things; it takes up little space on the user’s phone and will load faster. It is designed to run on a 3G internet connection, suck less internet data and consume less battery.

It does not come with effects like cube transitions and AR filters. Reels, Shopping, and IGTV are not available.

“The team focused on what people valued most, namely video and messaging, which remote dwellers use more actively than their urban counterparts,” Facebook said.

However, it has some standard Instagram features like gifs and stickers. Dark mode is on the way.

According to tech blogger Jane Manchun Wong, “Instagram moved most of its application logic out of the app to the server side, similar to how React Server Components works.”

Wong also reports that “Instagram Lite is not web-based and it’s not a wrapper of some webview.” Instead, the app is “native and has its own engine that accepts and renders the artifacts of the layout and content sent from the server side in their own custom format (not HTML nor JS).”

Facebook said the app has been in production for a year and has been test run in India, where the company is moving fast to fill the gap created by a government ban on TikTok.

The target for downloads and installs are places “that do not possess most up-to-date mobile devices, robust internet networks, or affordable data plans needed for swift delivery of the data-rich videos and images found on Instagram.”

That includes Asia, swathes of the Middle East and Latin America, but especially Africa.

Transsion, the Chinese manufacturer of low-cost smartphones, sells almost exclusively in Africa. Brands like Tecno, Infinix, itel and Oppo are more within the reach of low-income African consumers than iPhones and Samsungs.

It seems like an opportunity for these companies to continue serving the continent with budget smartphones with which low-to-middle income earners can access these lite apps. The virtuous effect is that Facebook and Instagram benefit.

Facebook Lite has had about 1 billion Android installs since it was launched in 2018. The iOS was discontinued because – hello – people with iphones will gravitate towards the Instagram version that brings the iphones features to life. This ostensibly influenced the decision to not have Instagram lite on iOS.

Without features like Reels and IGTV (which are fairly recent and have helped grow Instagram’s appeal) on Instagram Lite, it could feel like a different app. During #EndSARS protests in Nigeria last October, a livestream on IGTV was the major source informing the world of an attack by the Nigerian Army at the Lekki tollgate.

But in providing this 2MB version, Facebook believes it is being as inclusive as it can at this time.

“Our team aims to leave no one behind, so today we are very excited to bring Instagram Lite to people in over 170 countries, including the entire Sub-Saharan Africa region,” Shin said.

Perhaps they’ll monitor how the app fares and gradually stack on some of the more sophisticated features? We’ll see how it plays out; as of today, Instagram Lite has been downloaded 10 million times on Google Play. 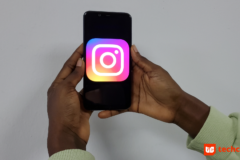 In a bid to improve safety on its platform, Instagram plans to prevent the exchange of DMs between adults and under-18 teens who don’t follow each other. Instagram will enforce this by improving its ability to identify a user’s age. The plan is to develop “new artificial intelligence and machine learning technology” to detect age […]

Breaking News: TechCabal Wrapped: Here’s what you enjoyed reading from TechCabal in 2021

EDITORS’ NOTES Our dear readers,  I want to say a big thank you for loving the brand, engaging with the publication, sharing our articles and reports, attending our events, and doing business with us. It’s been an incredible year for us in which we launched TechCabal 3.0 to build a truly pan-African technology publication. We…

Breaking News: Can Kenya get out of the supply chain crisis?

Q4 is coming to a close, the holiday season is upon us, and Kenya’s businesses are settling their accounts for the year.  In many ways, transport and logistics, which support numerous sectors of the Kenyan economy, seem to be on an upswing. The Kenya Ports Authority (KPA) reported a 4.4% growth in container traffic during…

Cowrywise, a Nigeria-based wealth management startup, has received a licence to operate as a Fund/Portfolio Manager from the country’s capital markets regulator, the Securities and Exchange Commission (SEC). The license means Cowrywise’s operations now fall directly under the regulatory scope of the SEC and should help improve trust with potential users. Before now, the startup…